Check Out Our New Lines 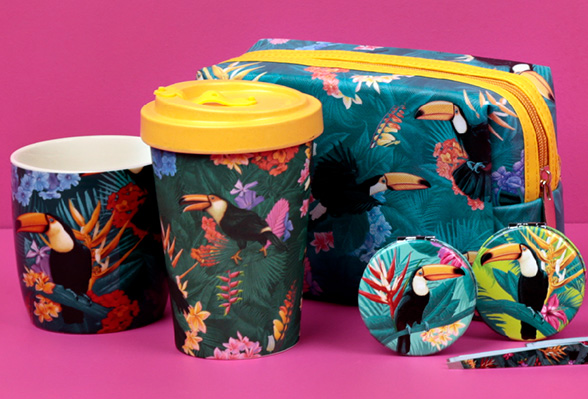 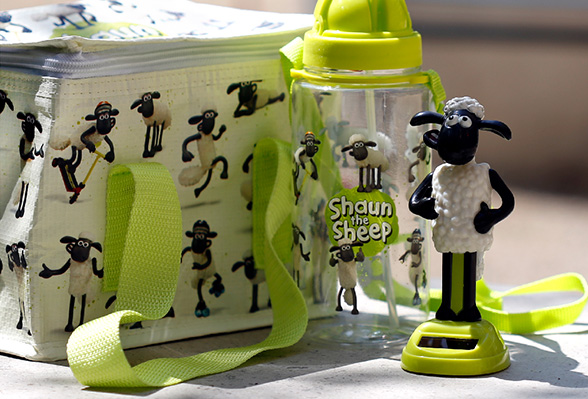 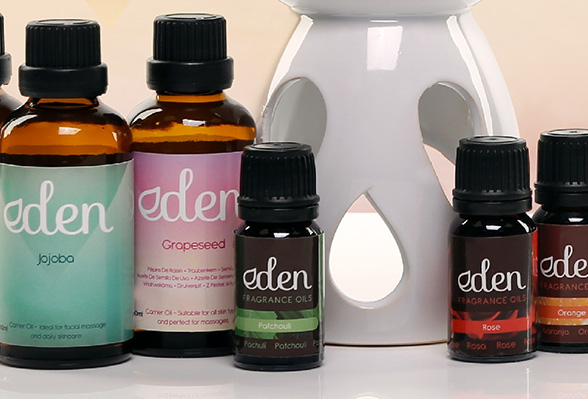 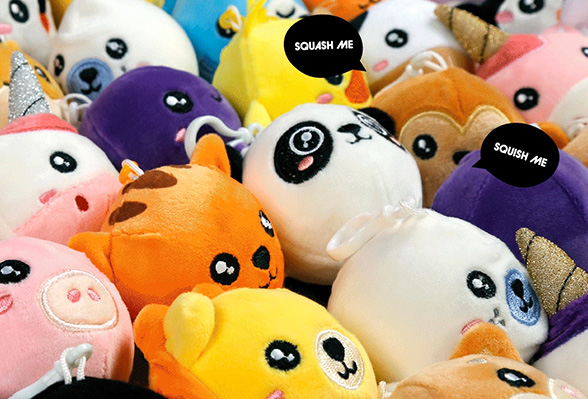 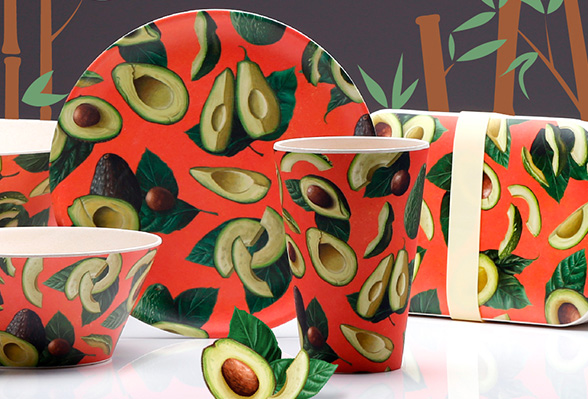 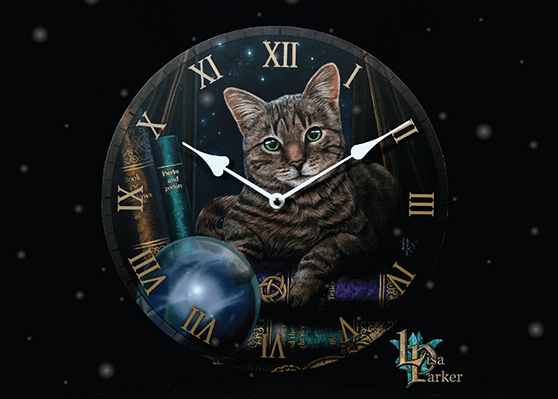 At Puckator we love the fact that our products feature the work of talented artists and designers. We're lucky enough to have 5 creatives on our own in-house team in Sheffield, meaning that more than half our lines are unique to Puckator – you won't find them anywhere else.

We also collaborate with some fantastic UK artists under licence, and here on the blog we'll be putting them under the spotlight, finding out what inspires them and how their creative spark makes its way into the gifts we know customers love. 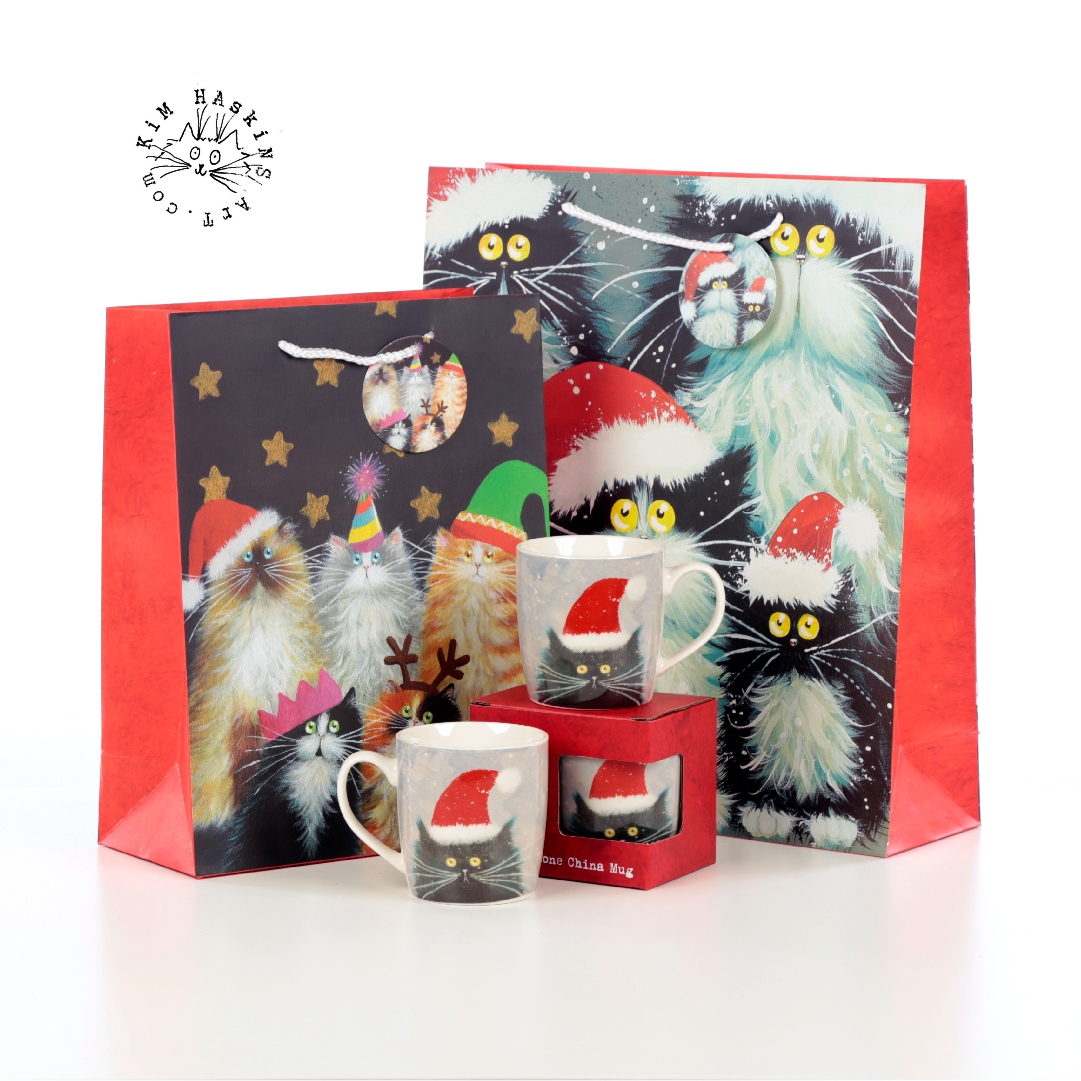 Today we had a chat to Bedford-based Kim Haskins, whose fluffy, characterful cats appear on some of Puckator's most popular mugs and gift bags. With Christmas approaching, we're expanding the range to include a travel mug, coaster set and cushion: the look fits in just as well in a contemporary or country cottage style, and we think they'll make any animal lover smile!

One of the heroes of Kim's paintings is none other than her own cat Blod, who shares a home with Kim, her husband Jake and their little boy Spike. 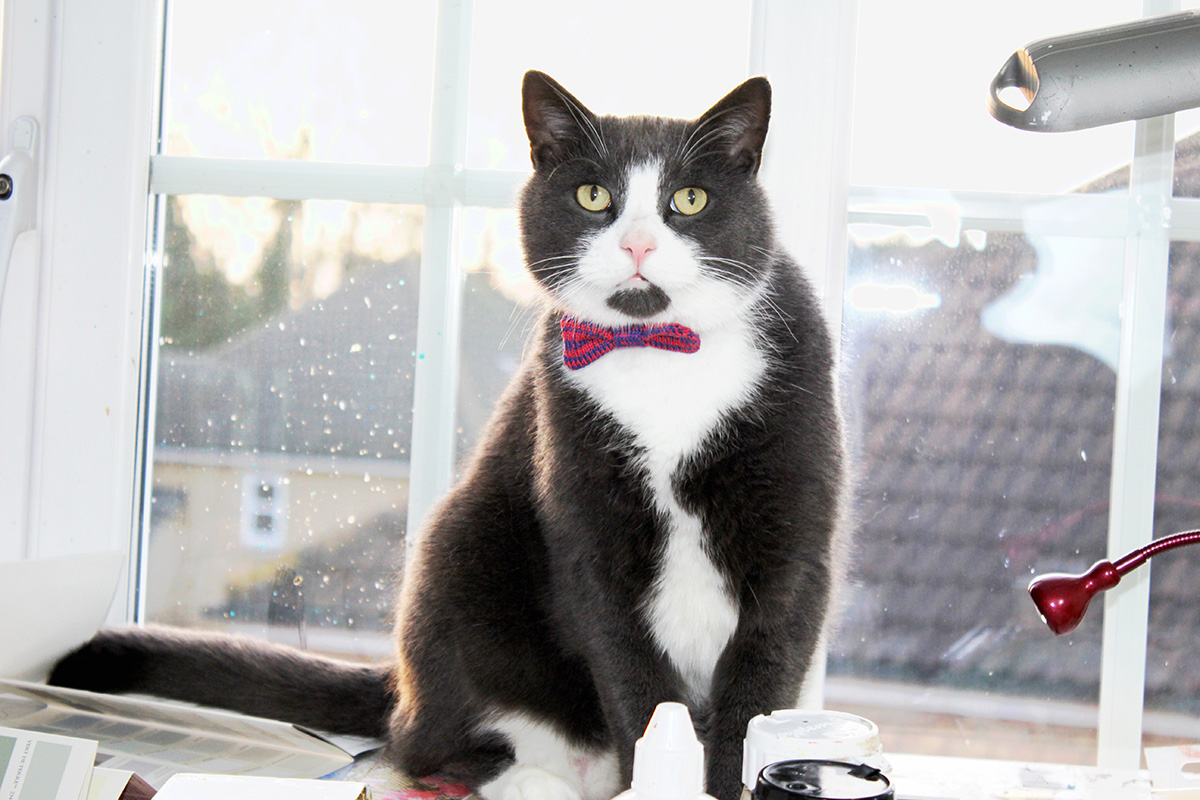 'Blod's markings make him look like he’s wearing a wonky tuxedo like James Bond after a night out. He’s a great cat - very companionable, and very patient with our son. And in a way he brought me and Jake together. Before we met, Jake had found Blod as a tiny kitten in a barn in Wales; when the owner of a nearby farmhouse offered to drown him, Jake knew that the kitten was his for life. I shared his blog post about finding the kitten, and then discovered that he had actually been following my artwork online!' 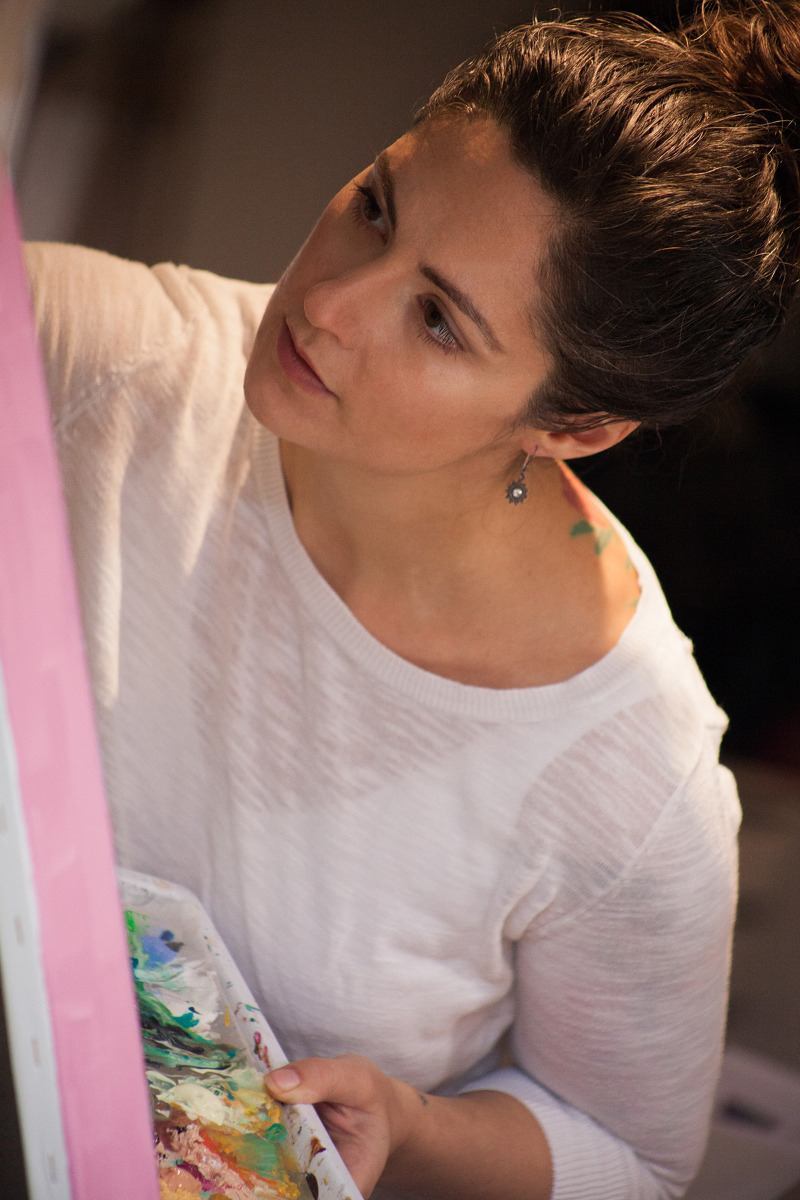 Kim's artistic life began as a small child when she would borrow her dad's brushes and acrylics and depict animals and people, mainly with the aim of bringing a smile to someone's face.

An early career in languages took her all over the world – but always with a sketchpad in hand.

'In 2009 someone saw my chicken paintings and asked me if I could paint cats in a similar style. To be honest, I wasn’t that sure: the chickens looked a bit crazy and I didn’t think that style would suit cats. However, at the time, my neighbour had a big fluffy black and white cat who would sit on my windowsill and stare at me through the glass. He, plus another neighbour’s massive ginger cat and my own gormless but adorable ragdoll cat became my muses! I decided to get a big bristly brush and create an explosive ‘fluffy’ style of painting fur, and big, unblinking eyes.'

All Kim's paintings have some basis in real-life cats she's known – and all the characters seem to have an endearingly, slightly mad air about them.

'The madness is probably evident in all my paintings, cats, chickens and humans alike! There's a common personality of cats that I find both funny and charming - that combination of aloofness and goofiness. They have such human egos! I love their form and the extraordinary contortions they’re capable of, but more than anything I like playing around with colour. So sometimes I’ll paint a picture that starts with a colour combination and an imaginary cat takes its form from there.'

We think you'll agree that the personality traits of these comic cats are what gives Kim's giftware an irresistible appeal.......if you love these products, there's more feline fun in our Simon's Cat collection!

And if you're intrigued to see more of Kim Haskins' art work, why not have a look on Facebook or on her website?